Neuroexistentialism: “Coming to terms with the neural basis of who we are” 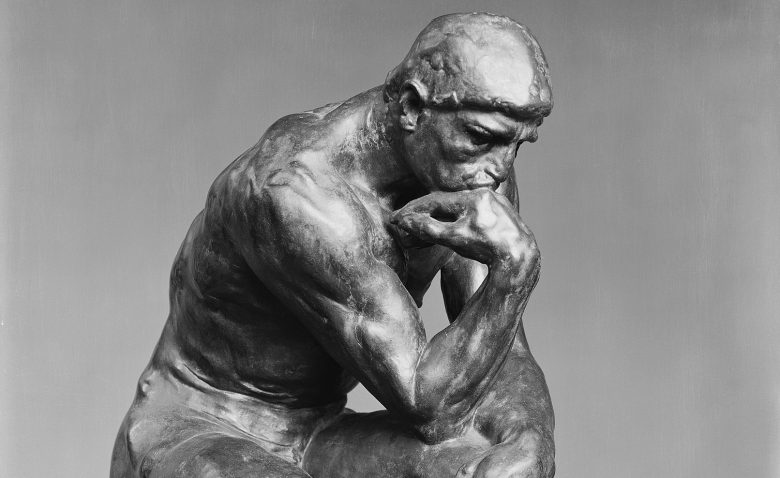 We’re living in a time when, arguably, we know more about ourselves than ever before. Thanks to advancements in neuroscience, our minds are much less mysterious than they’ve ever been. We’ve come to a point where, although there is plenty we still don’t know, we have a fairly decent understanding of the biological machinery that gives rise to the rich variety of thoughts, emotions and sensations that make up our conscious awareness. However, with that understanding comes a perspective that might be a little disturbing: our inner mental life, in all its richness and complexity, ultimately boils down to physical processes happening in the brain. With that realization might come feelings of anxiety about our sense of identity, given that the idea we’ve built up of who we are ultimately reduces to that same neurological baseline. Our biggest hopes and fears, the love we feel for the people around us – when seen through the lens of neuroscience, it’s all just firing patterns and neurochemical soup. If this is something that’s ever made you feel anxious, you might be happy to know that there’s a word for it: neuroexistentialism.

Supposedly, these anxieties arising from the perspective afforded by neuroscientific discoveries fit within a much larger philosophical tradition of being anxious about the meaning of it all, namely existentialism. The general idea is that human beings crave purpose, a sense of identity, and some authoritative source of morality, and that we typically stand in need of something on which these ideas can be founded. Whenever such a foundation is challenged, this pulls the existential rug out from under us, so to speak, and we fall into a state of despair and anxiety about the meaning of our existence. Existentialist movements typically consist of a) recognizing this anxiety and trying to analyze what caused it, and b) an attempt to reconcile this anxiety with a more positive image of our existence and providing alternative sources of meaning and purpose.

According to philosophers Gregg Caruso and Owen Flanagan, who co-edited a volume titled: “Neuroexistentialism: Meaning, Morals, and Purpose in the Age of Neuroscience”, neuroexistentialism makes up the third wave of existentialist movements (Caruso & Flanagan, 2018). The first wave, primarily associated with writers such as Kierkegaard, Nietzsche, and Dostoevsky, was a response to the secularization of the industrialized world, and the idea that God (or at least the church) could no longer anchor our sense of purpose or underpin our moral beliefs.

The second wave, mainly associated with writers such as Sartre, de Beauvoir, and Camus, is often seen as a response to the horrors of the second world war and the holocaust, and expresses doubts about the Enlightenment ideal that we can trust human goodness and rationality to make peaceful and egalitarian societies out of secular nation-states.

The third wave (i.e. neuroexistentialism), then, is a response to the increasingly influential role of (neuro)science in shaping our overall outlook, and the idea that many of its findings are incompatible with dearly-held beliefs regarding our sense of identity and purpose. Neurophilosopher Patricia Churchland refers to this as “Coming to terms with the neural basis of who we are”, and acknowledges that it can be very unnerving (Lawton, 2013). She believes that this is because we’re not in the habit of thinking about ourselves this way, and that the picture that neuroscience paints might initially strike people as disturbingly reductive (for example, the idea that, at the end of the day, the love you feel for your children is nothing but neural chemistry).

Existentialism in the age of neuroscience

Caruso and Flanagan go on to offer a more detailed overview of the exact ways in which neuroscience could threaten beliefs from which we derive meaning and identity. They believe that the findings of neuroscience are incompatible with what they call “the humanistic image’ of ourselves, which typically involves some combination of commitments to things like free will, the soul (and potentially some form of afterlife), morality being derived from some objective external source, and there being some greater purpose to human existence. Specifically, they maintain that one of the key facts that neuroscience reveals to us is that “The mind is the brain”, which doesn’t really leave a lot of room for free will or the soul (Caruso & Flanagan, 2018). If our lives and our experience thereof exclusively happen in the brain, it is hard to imagine that there could be any part of us (i.e. something akin to a ‘soul’) that transcends that basic physical reality. Likewise, if our minds are the sum total of the neurophysiological processes happening in the brain it would be difficult to locate a time and place within those processes where our free will supposedly takes place, given that those neurophysiological processes belong to a long causal chain of events in the physical world that happen in accordance with deterministic physical laws (or at least so the argument goes). The interpretation of neuroscientific insights as such seems to yield a rather bleak and disenchanted image of ourselves.

Fortunately, not all is lost according to Caruso and Flanagan, and the wave of existentialism they describe would not be complete if it had no constructive element to counterbalance the aforementioned sources of despair. They believe that the issue is not that questions concerning mind, meaning, and morals cannot be answered, but rather that we’ll have to accept that those questions will have to be answered within the constraints of a scientific worldview. They divide this attempt into three parts: “(1) How do we combine and harness the growing knowledge and insights of the human sciences with (2) the universal existential concern with meaning and flourishing in order to yield (3) a truthful, liberating, enlightened picture of our problems and our prospects as meaning- finders and meaning- makers” (Caruso & Flanagan, 2018). Although they do not believe that there is any clear-cut answer to these questions as of yet, they propose that our best bet would be to use the knowledge and insights from the cognitive sciences to figure out what the causes and conditions are for human beings to flourish, given the constraints of the material world we inhabit and our knowledge that this world is something we cannot transcend.

What's next for existentialism?

So much for Caruso and Flanagan’s take on neuroexistentialism. One thing to note is that an important aspect of existentialism more generally is scepticism and doubt, and it’s worth bearing in mind that there might be good reason to apply that same doubt to existentialist claims themselves. Existentialist movements are not directly observable empirical data but rather characterizations of a particular socio-cultural moment, and we do not have to agree with Caruso and Flanagan’s depiction thereof, nor with Churchland’s for that matter. In fact, there might be compelling reasons to take the declaration that we are living in the age of neuroexistentialism with a grain of salt.

For instance, philosopher Markus Gabriel, in his review of Caruso and Flanagan’s book, points out that a lot of the ideas present in their characterization of the age of neuroexistentialism were already present in earlier existentialist movements (such as science overtaking religion as the main authority on central questions about who we are, or the idea that we cannot appeal to some source external to the natural world to confer meaning or purpose to our existence) (Gabriel, 2018).

Perhaps more importantly, Gabriel also points out that neuroexistentialism as described here departs from past forms of existentialism in an important way. Where past existentialist movements largely revolved around coming to terms with the idea that there is no such thing as a fixed “human essence”, the present characterization of neuroexistentialism leans towards saying that there is such an essence, and that neuroscience will tell you what it is. Although there have been very impressive advances in our understanding of the brain resulting from neuroscientific research over the past seventy years or so, it is worth bearing in mind that there are plenty of unanswered questions left for neuroscience, and there is still a lot of room for interpretation in going from specific scientific findings to grand conclusions about who we are and what our purpose is.

A lot of Caruso and Flanagan’s thinking about neuroexistentialism rests on assumptions such as “the mind is the brain”, and even though this obviously contains a kernel of scientific truth (in the sense that the brain is where mental processes originate), there are further dimensions to this claim that are not subject to unanimous agreement within the neuroscientific community. For instance, the total equivalence of the mind with the brain seems to ignore the possibility of our environment (both physical and social) playing a constituent role in shaping our minds. My point here is not to specifically endorse the thesis that environment is a constituent element of our minds – rather, it is to acknowledge that when referring to some supposed ‘scientific image’ of humanity, this includes questions that are still subject to debate within the scientific community. The same goes for the idea that the present state of neuroscience has successfully refuted the possibility of us having free will in some metaphysical sense.

None of this is to deny that neuroscientific research has led to some amazing discoveries about the human mind, and such discoveries should undoubtedly be taken into consideration when coming to some scientifically informed understanding of who we are and what, if any, our purpose might be. However, scientific findings do not come pre-packaged with convenient existential takeaways, and interpreting these findings with regard to meaning, morals and purpose is an inherently complicated task. Unwavering and uncritical deference (seldom a hallmark of any existentialist school of thought) to some pre-conceived interpretation of the present state of neuroscience should not be our approach; rather, in coming to terms with a neuroscientific understanding of ourselves, our engagement with the neuroscientific state of the art should always be critical, and subject to revision in light of new evidence.

Gabriel, M. (2018). Review of  Neuroexistentialism: Meaning, Morals, and Purpose in the Age of Neuroscience by G. D. C. and O. Flanagan (eds.). https://ndpr.nd.edu/news/neuroexistentialism-meaning-morals-and-purpose-in-the-age-of-neuroscience/